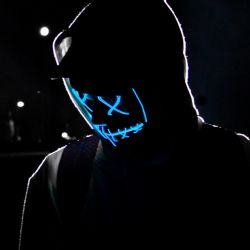 Some no. Does'nt show what you are

Be a person who never die

You are only few hardwork away from your sucess

We'are never alone because we have one soule inside us

Fear is what? Prediction of future

What to lose - want to gain is true

Relatives are better than parents. if they behave like relatives not as......

Type your any type of problem here for best solution

Your message has been sent

How to reset your any sony phon

Things you should know

News,facts ......
Saudi arabia is the only country which has
A phone under 20k

The Centre has reportedly asked Google and Apple to remove popular Chinese short-video mobile application TikTok from their app stores. The move by the Ministry of Electronics and Information Technology (Meity) came after the Supreme Court on Monday refused to stay the Madras High Court order to ban the app.

The top court said that ban directive was just an interim order and the high court is scheduled to hear the matter on April 16.

Sources familiar with the matter said Meity's move will ensure that the app is not downloaded further. However, the people who have already downloaded it can continue to use it.

On Monday, senior advocate Abhishek Manu Singhvi, appearing for Bytedance (India), owner of Tik Tok, argued for a stay against the ban, saying that it was causing the company irreparable damage.

In its April 3 order, the Madurai bench of the Madras HC had asked the government to ban the downloading of the app across the country. Calling the app 'dangerous for children', the court had observed that it exposes children to pornography, and makes them vulnerable to sexual predators online.

Jass manak video sony you all must hear

Some destination you should go

1.Taj mahal- one of the seven wonder
2.Itly - the never forgettable place
3.goa - state of beach